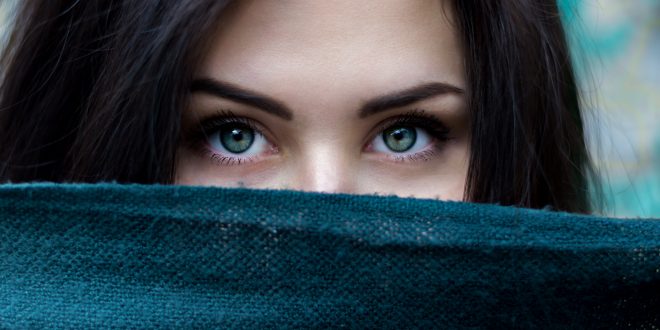 An empath is very sensitive to the world that they live in and when they feel things, it is on a level beyond emotions. They can feel things so strongly that it can affect their health, make them sensitive to sensations such as sound or light and when they see someone suffer, they suffer as well.

An empath works hard to see other people feeling good and happy, but the problem is when you are an empath, people that are narcissistic, bullies and energy vampires attract to them.

Since empaths attract energy, these people attract to them because they want to steal their kindness and their positive energies. They want to do this, and it can leave the empath feeling worthless, guilty, and sad.

Energy vampires manipulate others and can hurt the empath and make it hard for them to heal.

Anyone can be an energy vampire including friends, family, lovers, co-workers and more. Sometimes people show their energy vampirism through their actions but most of the time, they might not even know that they have these qualities.

There are people that both give and take, and the empath is the giver while the vampire is the taker. They sustain their lives on the emotions of others.

They come around and give off negative energies until they break the empath down and cause them to feel drained in their mind and body.

An energy vampire can cause you to have bad health, low self esteem and mental issues. They make you feel that you are unworthy and guilty of all things and they can do things to make you feel anxious and lonely.

Energy vampires also bring on stress and they can cause you to have health issues such as high blood pressure, inflammation, hormonal issues and more. They can work on you until you are sick. When you are an empath, you have to know how to know when an energy vampire is around.

Energy vampires have some very known traits and can be seen easily. Here are some traits they have:

Energy vampires love to manipulate people so they can control them. They want to have control and they will work on this until they do.

An energy vampire makes everything about them. They do this so that they can get your positive feelings and leave you feeling drained.

Energy vampires love to blame other people for what they are doing. Even if they are at fault, they will find a way to blame you.

Energy vampires are full of drama and they never think they do anything wrong. They take things that are small, and they blow it up so that it becomes a big deal. They take the positive energy form others and they make everyone else miserable.

Energy vampires are hung up on themselves and they are insecure.

They feel that if they try to dominate you and control you, that you will look like the weakest link and they will be stronger.

In order to feel better, they will judge others and put them down.

Since an energy vampire only cares about themselves, they do not want others to be happy. When things are going good for you, they will make you feel bad and will be jealousy. They will take your achievements and put them out like they are nothing.

Energy vampires will take all of the good energy and make you feel down and sad.

Signs an Energy Vampire is Affecting You

If you feel any of these things, know you need to be careful and an energy vampire might be close to you:

Stress is a common response when a vampire tries to steal your energy. This can come in the form of worry and anxiety.

An energy vampire will make you feel guilty about everything. They will put you on a guilt trip and they will do things to hurt you.

They will take advantage of you as much as they can.

Another thing an energy vampire is good at is knocking others down. They will build themselves up so they look good and, in the process, they will put you down.

One of the biggest problems an empath can face is having to deal with all of the strong emotions in the world. An energy vampire knows this and will make them feel bad and blame them for everything.

If you are an empath, chances are your life is already exhausting. Dealing with an energy vampire can cause you to have an even more tired life and it is something that you need to recharge from daily.

Spending too much time with an energy vampire can become exhausting and you must learn to protect yourself.

If you are an empath and you are faced with an energy vampire, you have to learn to protect yourself from them. Here are some ways:

Learn to accept that energy vampires are real, and you can be prepared when they show up.

Listen to what your body is telling you. If you feel bad when you are around a certain person, stay away from them and see how it makes you feel.

How do you interact with others? If you feel you are around an energy vampire, try to avoid them as much as possible. Your instincts are hardly ever wrong.

Find people in your life that you can talk to and that are secure and safe for you. Tell them how you are feeling and tell them your concerns.

An energy vampire wants to be first and when they steal your energy, you have to learn to give yourself a break and to fix yourself.

Give yourself credit where credit is due. You are kind, loving and caring and you need to tell yourself that.

Set boundaries. Stop saying yes to everything that someone asks you to do. This can cause you to be overly exhausted and not to get your own things done.

Be okay with saying no sometimes and putting yourself first.

Never be afraid of talking to someone, especially about your mental health. An emotional vampire can damage you and you must seek help if you are feeling too much stress or anxiety.

Do not be afraid to say and do what you want and need. Some people struggle with caring about themselves and they let others walk over them.

Warn an energy vampire that you are going to not let them manipulate or use you.

Stop always giving to others and never taking. It is important to be in relationships that are give and take and if you are the only one giving, move forward without that stress.

When you find that you are dealing with an energy vampire, have a conversation with them. Sometimes, they will play the victim but other times they do not even realize that they are an energy vampire.

If you talk to them and they keep doing their same behavior, move on without them and find other people to connect with.

If you are not able to change the way that the energy vampire makes you feel, say goodbye to them. Remove yourself from them and find other people to connect with.

Of course, if you work with an energy vampire, you cannot remove them completely from your life, but you can avoid them and try to stay away from their negative behavior and influence.

Rather people think that vampires are real or not, if you have an energy vampire in your midst, chances are you will know that they are real. Find a way to move on and not to have to deal with these kinds of people in your life. Most of all, stay strong and do what the universe has called you to do.

Yes Psychic Blog Moderator
Previous When is a Dream a Psychic Dream?
Next Using Crystals to Help Plants 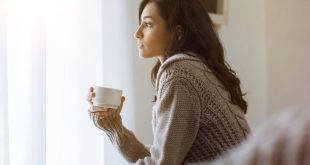 Are You Psychic? Find Out!