Home / Love & Relationships Guidelines / When You Hate Your Friend’s Lover

When You Hate Your Friend’s Lover

Dating is indeed complicated for everyone but who says it’s easy?  No one is going to get it right every time. Sometimes,  you won’t like most of the people your friends date, and they probably won’t like most of the people you date either. Sometimes your feelings will  be justified—their significant other really isn’t a good match for them. There could be times you could be letting jealousy get in the way. So how can you put your feelings on hold and take an unbiased look at someone else’s relationship? Consider these questions.

1. Do They Have a Checkered Past?
If your friend has revealed to you that the person they’re dating has a checkered past, you have a right to be concerned. Have they served time in jail? Are they recovering addicts? Do they have several children with different partners? Even if the answer to any of these questions is yes, that doesn’t mean they aren’t reformed, especially if they willingly volunteered this information. Your friend shared this information with you because they’re concerned too. But that doesn’t mean the relationship should be trashed. The struggles, challenges and bad choices we all made in the past shape who we are now. Hopefully your friend’s significant other is a better, more responsible and healthier person now than they used to be, so give them the benefit of the doubt.

2. Have They Hurt My Friend?
Has this person done anything deplorable? Have they been abusive? Have they cheated? Have they stolen money from your friend? These are all reasons to be concerned. Remember that couples fight and people in love do hurt each other. But it is up to them to forgive and forget, or move on. You aren’t going to make that decisions for anyone else.

3. Do They Make My Friend Happy?
They may not be who you have envisioned for your friend when you dreamed up what their significant other should be like. They may not even be who your friend envisioned for themselves, but if they’re happy, that’s all that matters. If this person brings out the best in them and if they care for them, you have nothing to complain about.

4. Is My Friend Capable of Making Good Decisions?
This is a trick question, because the answer doesn’t really matter. Your friend is an adult and has to make their own romantic decisions—right or wrong. If they make the wrong decisions, they have to live with the consequences. And as their friend, it’s your job to be there to support and comfort them when and if they fall. Have they fallen too many times? You have the right to walk away from the friendship if you can’t handle their choices and no longer want to support them. 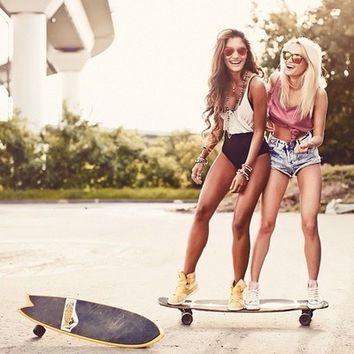 When a friend falls in love, that person can become their whole world. Suddenly someone who was up for anything, and could get together at the drop of a hat, now has a packed schedule of activities and events for two. Maybe you feel like you’re losing your friend, so you lash out at their significant other because they’re taking them away. Or maybe your friend’s happiness reminds you of your loneliness. Being single was easier when you two were in it together, but now that your friend has been swept up, you could be feeling isolated. Don’t let your jealousy cause a rift between you and your friend. Be happy for them.

The more you protest, the more likely it is you’ll lose a friend. It doesn’t matter how close you think you are with someone, if you don’t like their significant other, and you keep talking about how much you don’t like them, you’ll soon be shown the door. Friendships are great, but for some people, romantic love is more important. They want that commitment. They want that safety net. They want that intimacy that friendships just don’t provide. If you love your friend, be there for them, but don’t expect them to give up their romantic pursuits for you. If you put them in a position where they have to choose, they may not end up choosing you. Is it worth it?

Yes Psychic Blog Moderator
Previous Does Astrology defines us?
Next How to Find the Right Relationship 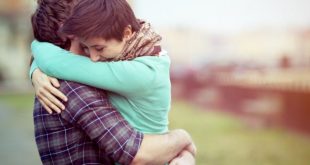 Reuniting with Past Life Lovers

When you are out in the world and you meet someone, chances are that you …