15 Life Lessons Your First Serious Relationship Will Teach You

You’ve probably heard people talking about their first love. It leaves a real mark on your life! Your first real relationship is jam packed with lessons and learnings and magical moments, and if it doesn’t last, it’s where you’ll pick up a lot of the knowledge that you take forward into other relationships.

Want to check if you’ve missed any? Here are the things that you’ll learn from your first serious relationship.

1. You realized that you are worthy of love.

Come on, until your first relationship happened, you never thought you’d find anyone. You cursed yourself all the time, and complained  to your friends about not finding the one. It’s only when you got into a real relationship that you felt relieved on the love front.

2. You learnt that it didn’t get serious on day 1, but got serious with time.

With time and steady pace, a relationship develops into a serious one on its own. You can’t decide in a week whether you are ‘serious’ or not.

3. It made you realize just what you were looking for in a relationship.

Your first relationship gives you clarity about the person you are, how much you can give in a relationship, the compromises you can make and the ones you can’t. Even if it doesn’t work out, the lessons you learn from this relationship always stay with you! 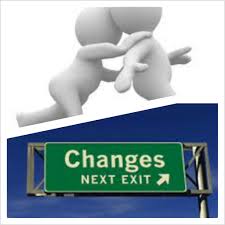 4. You discovered that it’s not a good idea to get into a relationship trying to change someone.

The whole point of being in a relationship is truly accepting a person with their flaws. If there’s something you don’t like about them, you cannot expect them to change it. You can communicate it to them, and let them decide what they want to do with it.

5. You found out about yourself, and your insecure and impulsive side.

You learn whether you’re clingy or not. You also learn how mature you are, and how good or bad you are at dealing with matters of the heart. You learn to pretend too. Sometimes you hold back and sometimes you’re brave enough to let go!

6. You realized that you were not alone.

A real relationship teaches you that there is someone who cares about you, and someone you need to take care of. And any relationship is incomplete without that element of ‘care.’

It’s not a one-way street. Reciprocating in a relationship is necessary. For instance, you can’t expect the other person to be expressive, while you decide to stay mum. At some point, you’ll have to open up too!

8. You learnt to be less self-centered, to let go, and that it’s okay to let go.

You learnt to ignore what you want, and started thinking about what you want to do for your significant other. And this made you a more humble person than you already were. 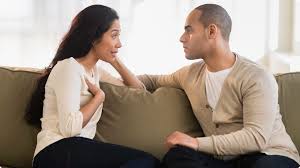 9. You figured that being confrontational helped make things work.

Confrontation helps to solve problems. Imagine being with someone who never says a word about the things you do for them, or if they enjoyed the things you both did together. If you won’t argue, and discuss, you’ll hardly bond. Disagreement is not a bad thing; what makes a good relationship is how you overcome the disagreements.

10. You realized that no matter how much you love someone, you have to work hard at your relationship, if you want it to last.

11. You discerned that relationships are best kept private.

When you get in a relationship, you want to tell the world, post pictures on social media and go all out, but the more other people know about your relationship, the more complicated it gets. Hiding isn’t the point, but a relationship is way more beautiful when some things are just between the two of you.

12. You learnt that you end up doing things you thought you’d never do.

You’ll get jealous, angry, obsessive and mushy. And it will be in stark contrast to what you thought you might be in a relationship. After you start dating someone, you begin to change a little bit and do several things you swore you’d never do. The point is you now understand why other people do the things they do.

13. You realized that some days in a relationship could be boring, and you won’t necessarily feel crazy in love.

When you are single, a relationship feels like a crazy romantic ride. It’s only when you get in one that you get a reality check. After the honeymoon period is over, and you both begin to settle down, things get a little boring. But truth be told, it’s not boredom. It’s just that both of you are comfortable and are not trying to impress each other. Not a bad thing at all. 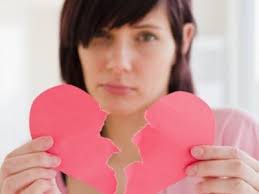 14. You understood that it’s possible to convey your love without saying much!

When you love someone, you don’t need to say it 24*7 or go out of the way to prove it. The other person just gets it.

15. You learnt that a break up is not the end of the world, and you won’t die of one.

Your relationship made you tough when you sailed through it. It made you realize that heartbreaks are necessary too, and only stand to make you wiser.

Yes Psychic Blog Moderator
Previous Healthy Relationship: The Best Sign Is No Sign Of It On Facebook
Next Tips to Clear the Clutter and Recharge Your Life 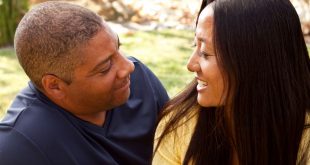